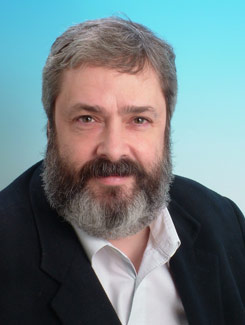 Dr Marco Procopio is a Consultant Psychiatrist who has extensive experience in both the NHS and the private sector. He has developed an independent Medico Legal Practice based in Sussex and sees clients in London and throughout the South East.

After obtaining his Medical Degree, Dr Procopio trained in Psychiatry at St Georges’ Hospital and the London Hospital, two of the most prestigious training hospitals in London, and was awarded the Membership of the Royal College of Psychiatrists and the Certificate of Specialist Training in Psychiatry.

Once he completed his training, Dr Procopio worked as a Consultant Psychiatrist both in the NHS and the private sector. Whilst working in the Private Sector he founded and led the Addiction Treatment Unit at The Priory Hospital in Hove, East Sussex.

Dr Procopio has prepared in excess of 1000 Medico Legal Reports and has extensive experience of appearing in Courts of Law and being cross-examined.

He continues to train and keep up-to-date and has published in excess of 20 articles in international peer reviewed scientific journals.

He is also a reviewer for important international psychiatric journals.

Procopio M. (2010)
New users of the anticonvulsants gabapentin, lamotrigine, oxcarbazepine or tiagabine are at increased risk of suicidal acts compared with new users of topiramate.
Evidence Based Mental Health. 13(4): 102.

Procopio M. (2008)
Maternal exposure to death of a first degree relative during first trimester of pregnancy increases risk of schizophrenia in offspring.
Evidence Based Mental Health. 11(4): 127.

Procopio M. (2005)
Does god play dice with schizophrenia? A probabilistic model for the understanding of causation in mental illness.
Medical Hypotheses. 64: 872-7.

Procopio, M. Marriott, P K. (1998)
Is the decline in diagnoses of schizophrenia caused by the disappearance of a seasonal aetiological agent?
An epidemiological study in England and Wales. Psychological Medicine. 28:367-73.

Chapman V, Procopio M (1995)
A case of anorexia nervosa in a Chinese boy brought up in the United Kingdom.
European Eating Disorders Review 3: 255-259.

Dr Procopio has peer-reviewed articles for several international journals, including the American Journal of Psychiatry, European Archives of Psychiatry and Clinical Neuroscience, and Journal of Physiology and Pathophysiology.

You can find out more about which cookies we are using or switch them off in settings.

This website uses cookies so that we can provide you with the best user experience possible. Cookie information is stored in your browser and performs functions such as recognising you when you return to our website and helping our team to understand which sections of the website you find most interesting and useful.

Strictly Necessary Cookie should be enabled at all times so that we can save your preferences for cookie settings.

If you disable this cookie, we will not be able to save your preferences. This means that every time you visit this website you will need to enable or disable cookies again.